For a young band about to make a record, make sure you get the vocals right – Jerry Harrison

You only get one chance to get it right. When you step inside a vocal booth, plug into your amp, or sit behind the piano in a studio, you want to sound like you’re at the height of your power.

The songs you can record should like they can take on the world and win every single time someone plays them, and podcasts should sound like they could shake the pillars of creation and bring the system crashing down with a single sentence.

It isn’t just about the content, the melodies, the infectious and uplifting choruses, and instantly memorable riffs that you commit to eternity, it’s about the way all of it – every half hummed vocal line, each and every power chord and idea and story that’s torn word by word from the depth of your soul, sounds.

Everything you record needs to sound as though it could topple the walls of Heaven. That’s why, when you step up to that microphone, you want your voice, music, and songs to sound exactly like they do inside your head.

The way something sounds is everything, it’s the beat that immediately grabs a listener and makes them fall in-line behind you and follow in your sonic footsteps.

You can record something as many times as you want too, repeat the process until your throat is raw and your fingers bleed, but you only get one chance to get that sound right. And the only way you can be absolutely certain that you will get it right, is by using a condenser microphone.

That’s why the last time we stepped into a studio, we made sure that we were stood in front of an MXL 770. So that it could capture everything that we needed it to, and make us sound the way we always wanted to and imagined we would. 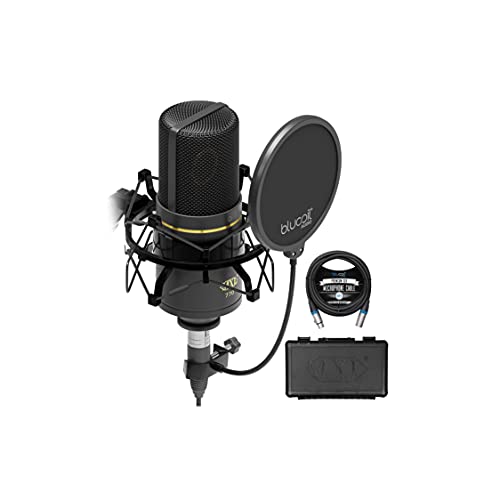 You may not be instantly familiar with their name and who they are, but we absolutely guarantee that you’ve heard songs recorded on, seen YouTubers using, or listened to Podcasts that were brought to you by, an MXL microphone.

And in all likelihood, the microphone that you didn’t know you knew and weren’t aware that you were familiar with, was probably a 770 Condenser.

There’s a reason you almost certainly haven’t heard of MXL. If you don’t work in a studio, don’t make your own podcasts, or record your own YouTube videos, they’re not exactly a household name.

A subdivision of Marshall Electronics, the only reason MXL even exists is that Marshall’s founder, Leonard Marshall has always loved microphones.  In fact, he loved them so much, he started MXL with one goal in mind, to make them better than anyone else did, or could.

Don’t Be Haunted by Phantoms

Often referred to as a budget, and entry-level microphone because of it’s staggeringly affordable and realistic price tag, the 770 pushes the envelope of what can be achieved when the technology of tomorrow is used to record the sound of today.

While it isn’t a break it out of the box and play microphone, it isn’t far off the mark. The first thing that you need to know about it before you even plug it in is that like a lot of modern mics, it runs on phantom power.

If you’re using it in a purpose-built studio, you’re almost certainly going to be good to go straight away, as the studio should be set up to accommodate and use any microphone that requires phantom power to work.

But if you’re going to use the 770 for home recording, you’re going to need a phantom power supply unit like the Neewer and a USB connector to make sure that it’s compatible with whatever software you’re using to record. 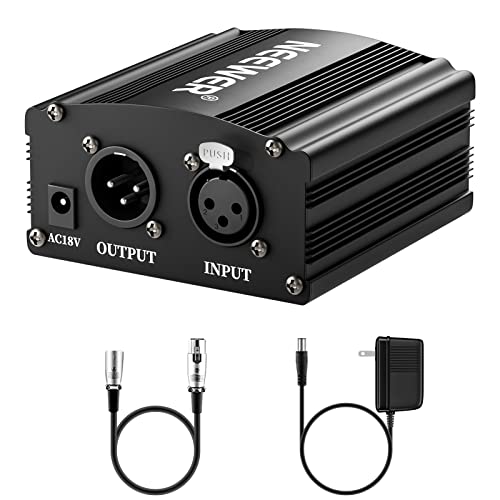 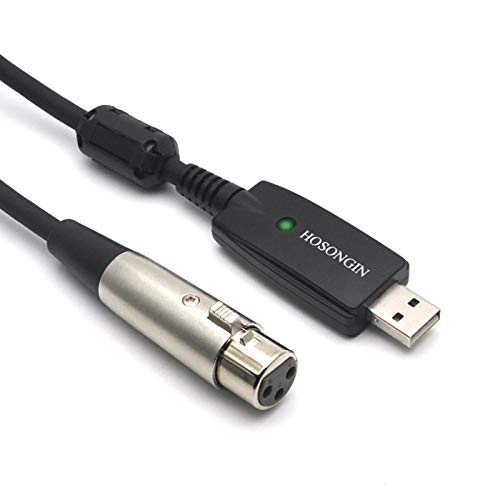 Once you’re set up and ready to go, you’re going to be bowled over by the sound that you’ll get from the 770.

It’s made to capture the right frequency range that almost all vocals fall into and the design of the microphone means that, as long as you’re facing it, the 770 and it’s positioned correctly, it’ll cut almost all of the background noise out and only record what you want it too.

Which, of course, is you. One of the most common criticisms of the 770 is that doesn’t effectively wipe out one hundred percent of the background, and extraneous noise associated with home recording.

Admittedly this can be an issue and a problem, but the low-frequency roll-off that its design uses means that, unless there’s a persistent and additional source of background noise, the 770 should effectively deal with it and only pick up, and record, what you want it too.

As long as you’re careful, and focused, the 770 should allow you to achieve a near-perfect hiss and rumble free sound. That sound that you’re picturing in your minds-eye?

The MXL 770 will not only steer you toward it, it’ll also help you to capture it.

Of course, it is, but if you’re looking to use an MXL 770 to record with, you already know that it’s a compact condenser microphone that sounds far bigger than it actually is.

One of the major drawbacks centered around home recording is that equipment takes up a lot of space and trying to squeeze a lot of high-end microphones and recording equipment into the limited space available in most homes, can be frustrating at best and in most cases, almost impossible.

Money Is The Root Of All Evil

Everybody loves a bargain and we all want to coin press each and every penny as far as possible, rolling them out and stretching them until they can’t be stretched any further.

MXL gets that and they’ve stuffed enough high-end power and prowess into the 770 to make sure that you use every cent of your budget wisely and get the sort of the sound that’ll return your investment tenfold.

You don’t need to be rich to add the 770 to your home set up and let it take center stage, but the depth and quality of the sound that you’ll get from it will fool anyone and everyone into thinking you are.

Be All, End All

We’re aware that we’ve made the 770 sound like it’s be-all and end-all of the condenser mics and the only one you’ll ever need to use.

While we’d love to be able to categorically confirm that was the case, the 770 does have some issues that we need to raise. It can, in some cases and when used with some home set-ups, not deliver the kind of recording volume that you’ll want it too.

We’d love to be able to tell you that it’s going to be the only microphone that you’ll ever need, and in most cases that’ll be true.

At the end of the day though, while the 770 is a mid-level condenser mic that delivers a richness of sound and quality of recording that far exceeds its price tag, there’ll come a time when you’ll outgrow it’s limitations and size and want to move on to a bigger, and better, condenser microphone.

But until that day arrives, this entry-level behemoth should cover all the recording bases, whether they be home or professional studio-based, that you’ll need it to. Good things come in small packages and the MXL  770 is the tiny condensing mic acorn from which the mightiest of recording oaks can, and do, grow.

Just In Case… What Is A Condensing Microphone?

The Condenser microphone was invented in 1916 by E.C. Wente and is sometimes also known as a capacitor or electrostatic microphone.

Used in studio applications, condenser microphones are designed to record vocals and high frequencies and are preferred by sound engineers as they capture detail and delicacy of sound that most microphones are incapable of replicating or reproducing.

Unlike dynamic microphones, which are more suited to live arenas as they are ideally suited to capturing loud, high noise like drums, condenser microphones have found a new audience with a  generation of home-based, and studio focused artists.

The rise in popularity of podcasting as a broadcasting medium and the creation of platforms such as YouTube have encouraged a generation of artists to find, and record, their own voices and as such, this new breed of artists has created a surge in demand for condenser microphones and home recording packages.

No longer the sole property of sound engineers and recording studios, condenser microphones have found and established their place in home-based studios the world over.

They have become the weapon of choice in a world that prizes and values creativity and the individual voice over the out-dated idea of sub-cultures and genre.