When it comes to wrangling your guitar sound into your PC or Mac, then you’ll want the utmost control of your sounds.

Ideally, you’ll want a piece of kit that will allow you to control the effects and add your own delay and distortion pedals.

By picking up your very own audio interface you’ll be easily able to plug in microphones and guitars and synths to lay down some demos or even final recordings of your very own songs.

With an audio interface, you can also hook up MIDI equipment to your computer, along with monitors and headphones that will allow you to track every element of your playing as you play it.

But latency is something that you’ll certainly want to avoid during your live recording. But what is latency?

When it comes to latency, think of the first portion of the word – Late. That’s right, it’s when your instrument comes in too late after you’ve played it.

A recording is hard enough, but when you’re hearing delay on playback, even if it’s milliseconds after you’ve played it, it can seriously throw off your playing and your recording.

When you are recording into your PC or laptop, you’ll want your playing and playback to be completely in sync.

One way to reduce this discrepancy is by picking up a low latency audio interface that will make sure that you’re able to play and record with the highest efficiency.

Well, don’t worry audiophiles and musicians, because we’ve compiled a list of some of the best audio interfaces currently available on the market.

We’ve also got a buyer’s guide that will certainly help you find only the best interfaces, as well as some frequently asked questions that might clear up a few issues of this complicated subject. 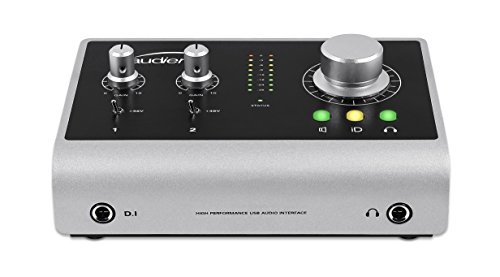 Our first audio interface is one that has been described as the best for its modest price, with a simple 2-input/2-output interface that features a microphone preamp and will reduce the amount of latency quite significantly.

You can record numerous tracks on top of each other with this interface and not have to worry about the offputting delay – introducing Audient iD14 USB Audio Interface.

This is a very versatile interface, with a DI that lets you plug in your guitar and bass simultaneously with your microphone, making it a great option if you want to record your guitar playing and singing at the same time.

You can connect it via USB, allowing it to work with your iPhone or iPad, perfect for when you’re recording on the fly. 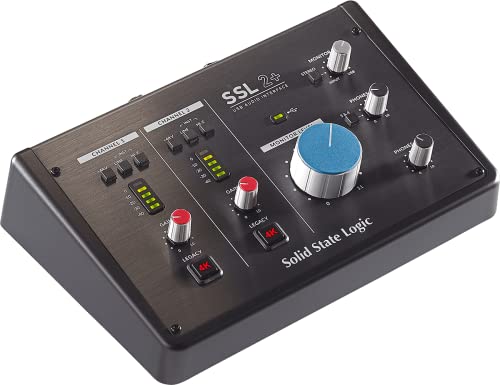 Our next audio interface is one that has countless features, allowing you to plug in up to 2 instruments at a time, making it perfect for recording live real-time demos at high quality.

It also comes with a 4k button that will give your recordings that extra sheen if you plan on releasing them – introducing the SSL 2-In/4-Out USB-C Audio Interface.

You can easily switch between guitar and bass with this interface, allowing you to record at an extremely high quality, running it either straight into your studio software or something as rudimentary as an iPhone.

The input and output configuration is highly flexible, with the ability to accurately monitor your playing and recording without experiencing any latency issues.

Our next audio interface combines the sonics of a professional studio with the flexibility of a home studio and all for a remarkably decent price.

This unit has an evenly distributed connectivity and a monitoring system that indicates when a low latency phenomenon is occurring – introducing the Focusrite Scarlett 4i4 USB Audio Interface.

This comes with software included that allows you to configure and then install your presets onto your interface. It also has an ISA transformer preamp emulation option, allowing you to give your track that high-frequency boost.

The drivers in this unit are very reliable and you won’t experience any glitches or stutters during your recording.

This machine gives you 2 line instruments into your interface, meaning that you can record quickly and efficiently into your laptop or iPad device.

Our next interface is an improvement on the Apollo Twin model, connecting to your PC or Mac through a Thunderbolt cable, with a DSP box that can power your plugin effects in a single, duo or quad option.

This heavy-duty unit will boost the average home studio into something approaching a professional quality studio – introducing the Universal Audio Apollo Duo.

This unit is versatile and accommodating to a whole number of plugins, with a preamp that will boost your microphone. You can easily plug in your guitar and your microphone at the same time and record without having any low latency issues at all. 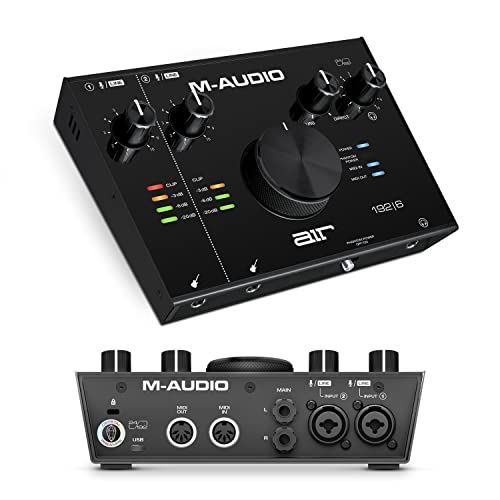 Our next audio interface is one of the most affordable on this list, a sleek and compact unit that will allow you to record guitar and vocals simultaneously.

This unit has impressive recording metrics and will be able to record in 24-bit/192kHz, which is very unique for a unit that is priced at just a few hundred dollars – introducing M-Audio AIR 2-In 2-Out USB Audio Interface.

This unit has phantom power, which is necessary to operate some microphones. You can plug in your guitar or bass guitar, as this is kitted out to be able to handle mid-range, bass, sub-bass and treble frequencies with ease. 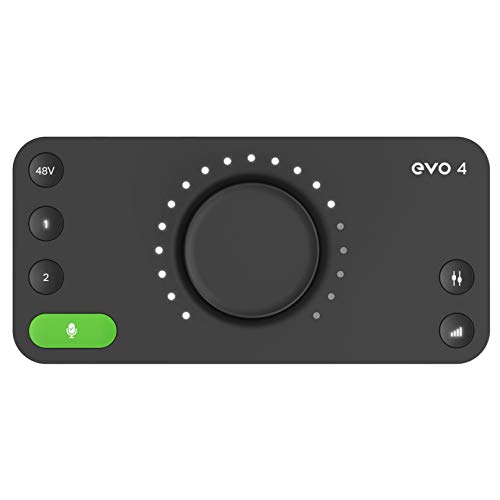 Our final audio interface was released to critical acclaim from musicians and producers alike.

You can connect your guitar or bass to the front of this machine with a single dial input control that makes it an ideal unit to use with a desktop computer – introducing the Adient EVO 4 USB Audio Interface.

This can be adapted to several instruments, which is perfect if you want to lay down as many tracks on your home recording studio as possible.

You can adjust the mix between the input and the DAW with one single dial, which makes it easy to use for beginner recorders. It is also a very compact unit, perfect for storage.

When you’re trying to figure out what you’re going to need from your audio interface, it’ll be worth thinking about what it is you’ll be using it for as well as what you’ll want your end product to be.

For example, if you want to record a full band, then you’ll want the maximum number of available inputs.

What Sort Of Inputs And Outputs Do You Want?

Figuring out the number of outputs will certainly be helpful when planning your home studio.

If you want to have just a microphone and a guitar operating at the same time, then you’ll probably only need 1 or 2 inputs.

If you are a producer and a recording artist, then you might want to add effects in post-production, so you won’t need any effects running through the desk ‘live’.

However, if you’re just a producer and you want to record multiple artists at a time, then you’ll be wanting at least 2 or 3 inputs.

Most of the time you’ll have inputs that have combined connectors that will let you jack in microphones, guitars, bass and synths into the same input.

Some of the inputs also come with a phantom power option that you will need to use with certain microphones.

You might also want an audio interface that you can connect with a drum box, if you want to program your beat separately.

How Well Does It Connect With Other Devices?

These interfaces usually connect with PC devices with USB or Thunderbolt cables, so you ensure which one you’re audio interface will need before purchasing it.

You can get more up-to-date audio interfaces that will connect with older USB models with very little issue.

You can use the power bus capability, which means that you won’t need a separate power supply, which will cut down on how much space you’ll need as well as removing any unnecessary equipment.

Does It Have Low Latency Functions?

If you are planning on adding multiple tracks, then having a low latency function will help the ability of your audio interface to be able to cope with the added processing usage.

If you are using ‘real-time’ plugins, you’ll also not want this to affect the playback speed of what you’re hearing through your headphones. Ideally, when you’re playing and recording, you’ll not want to be thinking about the recording aspect at all.

What Is The Difference Between A Low Latency And Zero Latency Audio Interface?

Well, the clue is in the name. The low latency interfaces have a very low level of delay when it comes to listening to yourself in real-time.

However, a zero-latency interface will claim to have exactly zero delays upon playback.

But often, as you record more tracks, your computer and audio interface’s processing power will be eaten up by more and more information, so even machines that claim to have zero-latency will have some latency over time.

Most latency that comes under 10/ms will not be noticed by the human ear.

What Do You Need In A Zero Latency Interface?

There will be a few different factors you’ll be looking at when deciding on your audio interface.

You’ll need to study the latency metrics on your interface before you decide to splash out on a unit.

Only then will you be able to truly decide how well you’re interface will be able to perform under increased processing power from your multi-track.

Tried and tested brands, such as the ones we’ve listed above, will be a good way of determining which audio interfaces give you the best performance.

If you have a brand that is new to the scene, then there is a chance that you might be duped by some exaggerated advertising claims.

Our advice is: Read plenty of reviews before picking up your next interface!